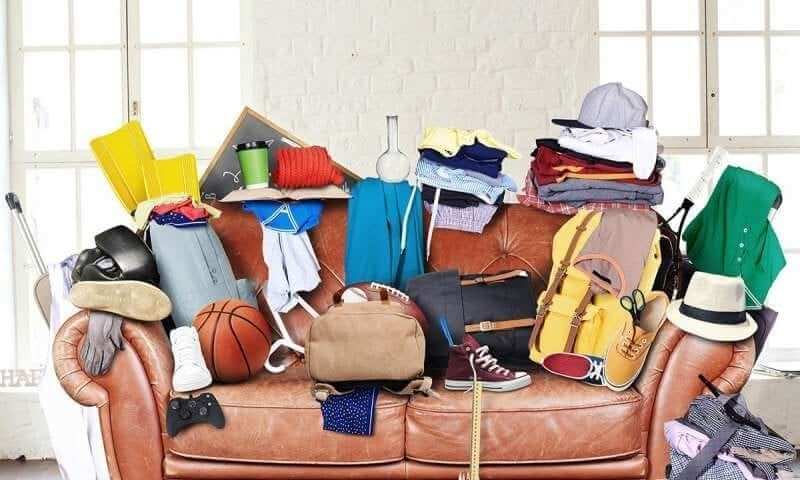 During the past decade, a considerable amount has been written and broadcast about hoarding. Attention to hoarding has even reached the level that more than one widely-watched television program has been in production.

Regardless of the attention paid to hoarding, it remains a largely hidden phenomenon in many situations. The reality is that you may have a person who is hoarding in your life and yet you may have no idea that is occurring.

Another factor to bear in mind is that hoarding can be challenging to evaluate. Challenges associated with evaluating hoarding stems not only from the fact that it more often than not is a fairly well-hidden endeavor but because issues connected to hoarding change over time and are of different severities. For example, a significantly disorganized person is not classified as a hoarder. Moreover, hoarding itself is classified in different categories based on a consideration of a variety of factors.

Hoarding is a mental health disorder. It is more than the accumulating “a bunch of junk,” as some observers remark when encountered with hoarding. Rather, hoarding disorder is defined as a persistent inability to part with or discard possessions due to a persistent perceived need to save them. An individual with hoarding disorder experiences a keen, even overpowering, sense of stress at the thought of getting rid of items. The resulting excessive accumulation of items can result in a residence becoming unlivable and making it very difficult for house cleaning services to help you.

Experts in assisting people with this disorder have developed a five-tier system for classifying hoarding.

At Level One, no extraordinary issues at a residence necessitate special consideration. A person at Level One may be disorganized, but he or she is not suffering from hoarding disorder. Indeed, a person at Level One may be chronically disorganized. Nonetheless, doors, stairways, and windows appropriately are accessible. These are no sanitation issues. Pet control is obvious, both in regard to sanitation as well as behavior.

Level Two does not rise to the level of hoarding. Nonetheless, there are significant issues at a residence. For example, at least one major entryway into a residence is blocked and unusable. Moreover, at least one major appliance or the HVAC system has not been working properly for a period of time. Clutter obstructs some living spaces. Animal control may be an issue, both with sanitation and behavior. Other odors may be present in a residence, arising from dirty clothes and dishes.

When a situation rises to Level Three, it is considered the “pivot point” at which a person can be classified as afflicted with hoarding disorder. Signs of Level Three include HVAC devices not working for more than one season as well as damage to the residential structure itself. There is very likely to be an insect or rodent infestation at a residence. The amount of clutter has increased to the point that primary areas of a residence are not accessible or functional. Unsanitary conditions exist, including severely soiled food prep areas and uncleaned toilets.

When a situation reaches Level Four, hoarding is considered serious. Clutter at the residence has extended to the point that things normally kept inside are outside a residence. Structural damage is more significant. Sewer issues may exist. Insect and rodent infestations are highly likely. Living space in a residence is markedly diminished. More than one room cannot be used for its intended purpose

Level Five represents a state of severe hoarding. Some individuals seeing a Level Five hoarding situation fairly would call it “catastrophic.” All living spaces in a residence are unusable for their intended purposes or impassable all together. Bathtubs, showers, sinks, and toilets are not functional. Appliances do not function. HVAC systems do not work. Rotting food and human urine and excrement are present. Dishes and utensils are unusable if present at all. Clutter has completely taken over a residence.

In determining what level is assigned to a particular residential situation, five assessment categories are utilized.

The first assessment is whether a residence is in compliance with zoning ordinances. (A consideration of health code compliance also comes into play.) The structure itself is examined for integrity and damage.

The second assessment considers the overall control over and cares for animals that are at the premises. This also includes an examination of the presence of pests and vermin.

An examination of household functions and functionalist is a key assessment. A major consideration is whether rooms in a residence can be used for their intended purposes.

The safety and health assessment is an evaluation of the overall sanitation at a residence.

Finally, based on an overall evaluation of the state of a residence, a determination is made as to whether biohazardous conditions exist warranting the use of personal protective equipment to undertake hoarder property cleanup. A determination is made as to whether a biohazard remediation professional must be called in to assist in remediation the hoarding situation. Professional assistance of this nature is necessary when dealing with a Level Five hoarding situation.