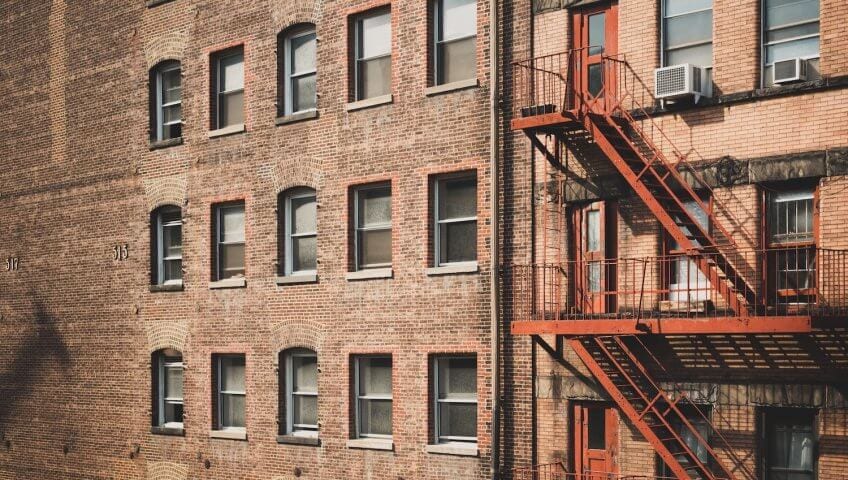 Choosing good tenants is a critical part of protecting your real estate investment. And when we say choosing tenants, we don’t just mean evaluating them based on their outward charm or meeting them and deciding whether or not they look like trustworthy, decent people. Every landlord should have a strict and rigorous screening process—complete with background checks—to ensure that they don’t end up with risky tenants who might end up costing them thousands of dollars in eviction attempts, lawsuits, and major property repairs.

Background checks with the help of people search websites should be standard for all tenant screenings. Most landlords usually just ask for basic information, employment verification documents, payslips or bank statements, references, and a variety of other requirements when screening their tenants. But the problem with that is that none of these documents can actually help you get an idea as to what problems these potential tenants can cause down the line. They can one day decide to run an illegal business out of their home, set the property on fire, or murder someone right there on your freshly re-carpeted floors.

With the sheer number of terrible people in this world, the possibilities are truly endless. Admittedly, there is no foolproof way to avoid getting a bad tenant. Even if the tenant has all the right credentials and requirements, doing background checks that include criminal records, credit histories, and other financial information is still the best way for landlords to avoid experiencing their own tenant horror stories.

But if you still aren’t convinced, here are a few outrageous tenant horror stories that may change your mind:

Never let appearances fool you. Just because a prospective tenant looks clean, sophisticated, and well-to-do does not mean that he or she will be a good tenant.

A case in point: a member of the National Association of Independent Landlords submitted a story about an outwardly prosperous man who applied to rent one of the landlord’s apartments. He showed up “with nice clothes and a nice car” and gave some sob story about how he needed a place to stay immediately as his wife had recently died, which prompted the sympathetic landlord to speed up the screening process and skip important requirements—such as the background check.

After just one month of renting, the tenant stopped paying rent. As it turns out, the tenant had filed for bankruptcy prior to signing the lease, which meant he was legally not required to pay his rent while his case was in bankruptcy court.

The tenant was able to stay in apartment rent-free for seven months. The landlord later learned that this man had apparently pulled the same con on various other landlords.

Many landlords do not allow pets on rental properties because of the assumption that having animals would mean physical damages to the property. But at the end of the day, it is still the owner’s responsibility to train the animal and take proper precautions to mitigate the consequences of their pet’s behavior. It is only when owners fail to take responsibility for their pets that these problems occur.

The problem is never the animal—it’s the owner.

This was exactly the case in a particularly horrifying story from an askreddit thread on Reddit.com. After evicting the tenant for unspecified reasons, the landlord went to the house to clean the place up. When they got there, what they saw in the basement was the stuff of nightmares.

“They had a dog that went in the basement to crap. Instead of cleaning it up they poured latex paint on it to seal in the smell,” the user wrote. “The dog kept crapping and they kept pouring [until] a latex dog poo lasagna [filled the] entire room. The floor was a mound about 4ft high and 10ft wide, filling the entire basement of nothing but layers of latex paint and dog crap from several years of them living there. Took air hammers and chisels and weeks of work to clean.”

Sometimes, landlords get tenants who are just too horrible for words.

Brad Chandler of Express Homebuying, who used to manage a section 8 community in Washington, D.C. a few years ago, recalls one particularly bad tenant who “liked to start problems” and “may have been a prostitute and drug and alcohol abuser.”

Clearly unstable, this tenant was a menace not only to her landlords but to other tenants as well. “When she got mad at our office she would turn on her water, block the drain, and flood the apartments below her,” Chandler shares. “[And] she lived on the third floor. She did this three times in six months. We were left to pay for and clean up the damage and we still couldn’t evict her.”

Worse than the willful property damage, however, was the manslaughter that this tenant committed right in the apartment complex. “One day she got in an argument with a gentleman outside of her apartment door, in the hallway,” Chandler explains. “It turned physical and she pushed the man over the railing. He ended up dying. Still, we couldn’t evict her. A few months after that she was run over by a bus not far from the community and she died.”

Here’s another story from the same thread on Reddit.com that will make any landlord vow to never skip background checks again:

“My best friend and his father run a property management company nearby,” the user wrote. “They had a couple for tenants in the third floor of a building that were pissed off, out of work, alcoholics, and apparently just not nice people.”

The user continues: “They were getting evicted and knew it… so they proceeded to take anything of value and destroy everything else. They took the dishwasher, refrigerator and some carpet. They destroyed the closets, bathroom fixtures, cabinets, walls, etc.”

And then, just for kicks, they decided to defecate in buckets and left them in the apartment. But believe it or not, those things weren’t even the worst of what the tenants did.

“[One of the tenants] used to work construction and mixed up some quick-setting concrete and poured it into [the drains],” the user adds. “It literally destroyed most of the plumbing in the building as the pipes all drained down to the floors below. They had to tear the walls apart and completely redo all of the plumbing it touched.

5. The Worst Tenant in the World

“Tenant and his wife were divorcing and in the middle of a nasty custody battle. Wife brought child over for weekend visit and got into fight with new girlfriend. New girlfriend knocked her unconscious, tied her to a chair and kept her locked in the apartment until tenant came home. Tenant and girlfriend spent a week torturing wife until she finally signed papers relinquishing custody,” a Reddit.com user wrote on the same askreddit thread of tenant horror stories.

The story gets even grislier. “[The] tenant and [his] new girlfriend kill [the] wife. Tenant takes the drywall off the wall in the apartment, shoves wife’s body between the wall joists and puts the drywall back up. He leaves her there until he can’t stand the smell in the apartment anymore,” the user continues. “Tenant then pulls the drywall back off, pulls out the body, puts it in apartment complex refrigerator and… dumps the body in the national forest and sets it on fire. Then tenant brings the refrigerator back to the apartment so he can keep using it. When the police come looking for the wife, tenant sets the apartment on fire to cover up the murder but only does minimal damage.”

Despite the cover-up attempt, the tenant gets arrested. However, he soon gets bailed out by his mother. The tenant then returns to the apartment and makes all sorts of demands. He tells his landlord to fix all the destruction and chaos that he caused during the murder, such as the damaged drywall, bloodstained carpets, and the pervasive odor (from the corpse of his former wife) that still lingered in the apartment. Predictably, he was served with an eviction notice.

But, like all bad tenants, he wasn’t going to leave without causing major grief to everyone involved first.

“He trashes the entire apartment then waits until his new girlfriend comes home. He douses her with gasoline, locks her inside the apartment and throws a Molotov cocktail through the window. When the cops come, he blames everything on his new girlfriend who is now comatose with severe burns over the majority of her body,” the user adds. “[The] tenant is arrested again and held without bond.”

But the story’s not over yet. “[The tenant’s] defense lawyer then subpoenaed every other tenant in the building to testify and begins taking depositions that come across as bullying/threatening. Apartment complex insurance company attorney refuses to represent the tenants and have the subpoenas quashed. Half the tenants move out so they didn’t have to deal with the lawsuit/press/murder. The other half group together and sue the apartment complex because the management failed to maintain a safe living environment.”

After all of the problems caused by that one bad tenant, the landlords ended up filing for bankruptcy. “It cost $3k for the eviction [and] $20k in insurance deductibles to repair the fire damage but the insurance company paid out almost ten times that. The insurance company also paid out over $75k in legal fees and settled out the lawsuits for roughly six figures.”

To ensure that you don’t end up with a tenant horror story as outrageous and horrifying as the ones we’ve included here, always take the necessary steps to find out everything you can about your prospective tenants. You can use people search websites like MyLife.com, where you can find out more about the applicants who are applying to rent your property and order full background checks to supplement the tenant screening process.

Being a landlord is definitely not for the faint of heart. Still, almost all of these tenant horror stories could have been avoided with a proper tenant screening process and by conducting complete and accurate background checks.