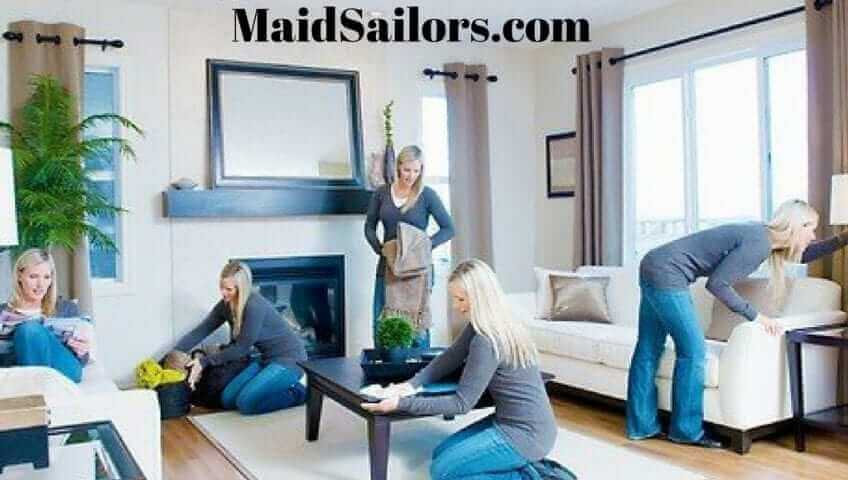 The Incredible History of Cleaning

Boys and girls learn the value of cleanliness as early as they learn how to talk—perhaps earlier. People everywhere have always carried the concept of being clean

and staying clean that it is already part of their system. Even if some lifestyles are not up to the standards of your average neat freak folk, the need to bathe, to free oneself from dirt does not die.

Even you must have grown accustomed to having a regular house cleaning session with your feather dusters and vacuum cleaners at least once a week, especially if your house is too beautiful to be covered in dust. You might be so caught up in the everyday cleaning rituals that you do not pause, think about the history of cleaning and wonder, “Hey. I wonder how my ancestors do it.”

Of course, your ancestors might have done it the same way you do it now. However, they would seriously be at a definite disadvantage since they did not have the cleaning technology you enjoy now. It is interesting to wonder and to take a peek at the lifestyle of your predecessors. It just so happens that when people look back, they tend to gaze past the mundane subjects like the history of cleaning

. They always want to focus on wars, royalty, and, heck, even fashion.

If you are the curious type though, you can’t help but be interested even in the most ordinary lesson like this one you are checking out right now, the history of cleaning. Actually, when you care to look deeper, to immerse yourself in the facts and imagine the actual history as it happened years or centuries before, you will find that the subject is not at all that ordinary. It is as incredible as any piece of history man has discovered over the years.

Ancient Egyptians are popular for their pyramids, hieroglyphics, and mummified royalties. The families who can afford them have slaves to do the cleaning for them. Aside from that, their slaves would also help them with their primping and other kinds of vanity they had at that time. They value cleanliness both with their environment and with their personal grooming

. You can even see that almost obsessive-compulsive quality with the way they treat their dead. They would free the body of its organs and go on with their mummification. They would go with all that trouble. Some cultures just lay their dead underground or in caves.

Now, rack your brains and think of a thing Babylonians were famous for. Yes, the hanging garden would be one. It must have been a magnificent sight. However, this is not about the history of gardening but the history of cleaning. They might be one of the earliest people to discover the dangers of contaminated water. They found out that it could bring disease, and so, they made it a point to bring in freshwater every day for their household activities. This is more on the subject of sanitation. However, sanitation is still the reason why you clean, right? So this account is still very much welcome in the history of cleaning.

The Rumored Origin of Spring Cleaning

Ah, spring—the season of new beginnings. It is the time when everything is sweet and fresh. It is also a perfect time to get rid of those cobwebs and the gathering soot on the fireplace. You can check our fireplace cleaning guide if you need help. Some say that one of the ceremonies in Ancient Persia called “shaking the house” inspired the concept spring-cleaning

, a New Year’s celebration of some kind. However, there are no clear connections found in the history of cleaning. Although, it is interesting to consider the idea of spring-cleaning came from a country that does not even have the spring season to begin with!

The Greeks were praised as a very enlightened civilization. Even though their city-states were always at war, each one contributed much in the knowledge of the modern world, be it in literature, warfare, or politics. Like the other civilizations of olden times, the Greeks also had slaves who were in charge of the cleaning. Water

was already known as an effective cleaning agent at this time. Well off families had more grand possessions like statues and murals that need a more precise cleaning. Once again, it was the slaves’ duty to keep them as good as new.

When in Rome, Do As The Romans Do

This is a popular saying usually used by tourists. However, it seems that the saying fits for everyone everywhere when it comes to sanitation. The ancient Romans found a way to bring in freshwater in the form of aqueducts and dispose of used or unclean water in the form of sewer systems. They even went out of their way to promote good personal hygiene by building public baths.

The title totally fits the period, especially when it comes to cleanliness. When you ask around, perhaps only a very few people will want to go back and live in the Dark Ages. According to accounts, the towns everywhere were filthy and so were the people. The diseases that plagued those times attest to this unclean lifestyle

. Cholera, smallpox, and yellow fever were just a few of the diseases that caused the death of countless lives. It was an era that even the harmless subject of the history of cleaning can’t give a single pleasing account.

When Bacteria Was First Discovered

Perhaps the first germophobes first existed when Antony Van Leeuwenhoek first discovered bacteria and protozoa. However, it is amazing to think that, throughout the history of cleaning, people looked after themselves, keeping their bodies and their environment clean, even when they were still clueless about bacteria and its dangers. Perhaps this discovery just made some people more paranoid than the others. What is more, is that it led to other significant discoveries related to cleaning and sanitation. This brings you to the next thing of interest in this particular history of cleaning.

Say Hello to The First Antiseptic

is next. If the existence of bacteria and protozoa were not discovered, then Joseph Lister would not have thought of using the carbolic acid chemical solution as a form of antisepsis. With Lister’s pioneering development, people were more aware that dirty stuff could bring in diseases and that cleaning after tools

(especially medical instruments) is a necessity. Since this pioneering act, scientists have been improving on the strength of antiseptics to destroy germs and bacteria. You have to admit, they are getting more and more successful.

Finally, this is the discussion on the history of cleaning that you are most familiar with. As with other aspects of present-day society, technology also influences modern-day cleaning. In fact, people are completely dependent on technology (from vacuum cleaners to washing machines and dishwashers) when it comes to cleaning. There are also environmental influences in today’s cleaning methods. Threats of global warming and the thinning of the ozone layer are some of the reasons that trigger this movement. Various green cleaning movements encourage households and offices to be mindful of the environment when cleaning. They also encourage people to embrace green practices such as tree planting and waste segregation.

Fast Forward To The Future

Now, this is probably the most exciting prospect in the history of cleaning. This is not only a matter of vacuum cleaners anymore. Ponder on this one word—robotics

. With today’s fast running technology, robot house cleaners in every household are a great possibility. In fact, Japan has been filling the news with innovations in robotics for years! You do not even have to break a sweat in order to keep your house clean. And, unlike your ancient ancestors that use slaves for such purposes, you will not abuse human rights.